It was an incredible day yesterday – having just completed the Pier 2 Perignon 4.5km (or maybe more :)) swim out from Sorrento to Portsea.

I was encouraged to do the swim by one of the guys in the squad and I’m so glad I did.

The extra preparation was really only mental. Physically I didn’t do any other swimming aside from the weekday pool swims and the Saturday swims at Mordialloc. So all in all I wasn’t sure what it was going to be like – because I’ve never done that distance in one hit before. 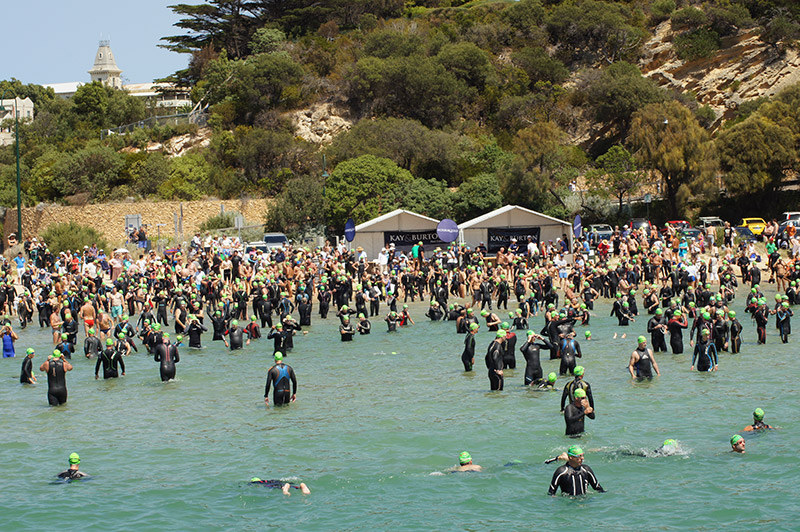 I was happy though that there were going to be some of the other guys from the squad swimming – and they had done it before and said it was an easy one or at least straightforward.

And finally it was awesome that Ray came down with me and lent a hand in getting my car and stuff from Sorrento to portsea – so that made a world of difference.

The swim itself was pretty well organized with markers along the course. The key though was all about staying to the deeper part of the course as closer in to shore it was quite rocky.

Getting around Point King was by far the trickiest. Because there were 800 ppl in the water all going for it – in the beginning it was quite crowded “arms and legs” everywhere. And from my original game plan of swimming together with Charles from the swim squad got changed right – we kept together for about the first ten minutes of the swim – and then got separated.

So from there on – I just got into my rhythm and kept on going – because I could see people to the right and left and so wasn’t too concerned that I was hiking to get lost.

And then the tide which was right behind – kept pushing me along which was fantastic. 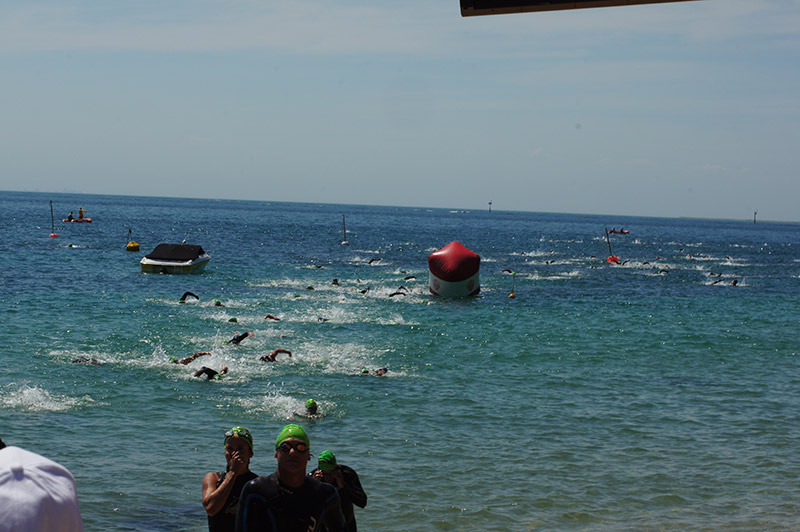 And once I got around Point Franklin – I realized that I was on the home stretch and could see the Finish balloon. That was great and I just powered through the last little bit and crossed the finish line in 49.40 which was awesome as I was hoping to finish in under 50 minutes. 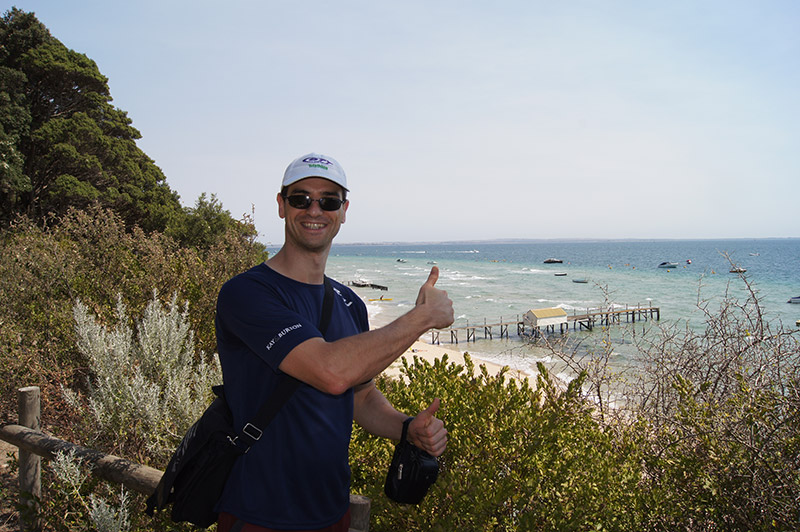 « On the road again
Two weeks to go »